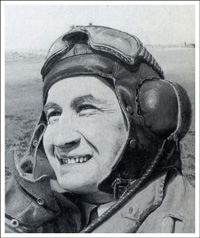 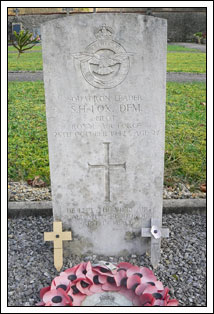 Sidney Horace Fox was the son of James Richard and Annie Fox of Turnoak, Wych Hill. James was a butcher from Limehouse in London and Annie was from Bushy in Hertfordshire. Sidney was born in November 1914 and came to live in Woking at the age of three. He had six older brothers (Lesley, James, Stanley, Eric, Arthur and Reginald) and an older sister (Christina) and two younger sisters (Olive and Gladys).

After his education at Woking Grammar School Sidney worked for sometime in London with the accountancy firm of Middleton and Tow. He then spent five years with Barclays Bank and during the latter two years he learnt to fly.

When war broke out Sidney was called up as a Sergeant Pilot with Bomber Command.

In September 1940 he married Bessie, a Woking girl.

On 11 February 1941 whilst serving with 83 Sqdn. RAFVR Sidney was awarded the Distinguished Flying Medal (DFM) for distinguished flying, excellent leadership and devotion to duty whilst over Germany and German occupied territory.

In a letter home which was published in the Woking News and Mail he wrote about one of his more perilous missions...

“On most of the 28 raids on which I have been, we have been fortunate enough to find and bomb our primary target, out greatest enemy being the weather.  On one trip I had no less than 1½ inches of ice inside my cockpit covering all the instruments and controls, not to mention myself.

As we were ten-tenths cloud at the time, I had to get my navigator, whose cockpit was comparatively free, to set two pencils, one fore and aft and the other laterally, on his table, in order that I mighty correct any over banking, out of the cloud.  I naturally have a great respect of the enemy flak, but do not want to have another ‘anxious, five minutes’ as we experienced that night”.

By 1942 Sidney had been granted his commission and was serving with 103 Sqn. based at RAF Elsham Wolds, Lincolnshire. The squadron had previously flown Wellingtons but these were replaced in August by Handley Page Halifax bombers. 103 Sqn. flew over 6,000 operational sorties during the war at a high cost in both men and aircraft.

Sid rose through the ranks to become Squadron Leader. In his book ‘Ticket To Freedom’, his navigator, I. H. Spiller described him as ‘the epitome of a bomber captain, keen, pugnacious and overtly fearless... the complete commander’.

On the evening of 24 October, 27 year old Sidney was Captain aboard Halifax W1188 which took off from Elsham at 1828. Their target that night was Milan, Italy. It was the end of Sidney’s second tour, his fiftieth and last mission before retirement from active duty. 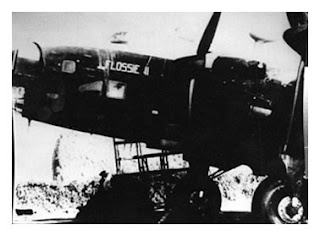 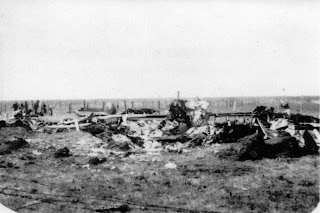 The wreckage of ‘Flossie II’

The aircraft was intercepted by Luftwaffe night fighters over France. An ‘incandescent missile’ pierced the fuselage and bounced across the navigators table. The port wing and engine caught fire. As Sidney wrestled with the controls and activated the fire extinguishers he gave the order to bale out. Spiller had to kick open the escape hatch which had jammed. Spiller, Maddocks and Wollerton parachuted to safety. Fitzsimmons may have parachuted too late as he followed the correct parachute drill. The remaining crew were killed.

Spiller wrote this about the last moments aboard the doomed aircraft... ‘I rolled to the hatch looking back into the pilots compartment with its eerie bright red light, Sid’s stony face almost gargoyle-like and Sergeant Woods wide open eyes above a countenance serious with concentration. Fitz tapped my head and put his thumbs up...’.

Sid Fox’s Halifax crashed between Nant-le-Grand and Ligny-en-Barrois 12 kms.  south-east of Bar-le-Duc in France. Of the eight crew members of Halifax W1188 that night, five were killed. Two Halifaxes of 103 Sqn. were lost on this mission which was one of their last before being equipped with Lancasters.

The Lutwaffe pilot who claimed the ‘kill’ visited the captured Maddox and Wollerton the following day and brought them cigarettes.

Sidney Fox is buried with his crew in Nant-le-Grand Communal Cemetery, near Bar-le-Duc, France (grave 1). He is also remembered on the Woking County Grammar School roll of honour located in Christ Church, Woking.

Email ThisBlogThis!Share to TwitterShare to FacebookShare to Pinterest
Labels: 1942, Fox, Roll of Honour

This blog is intended as a depository for anything to do with my old school, Woking County Grammar School for Boys in Surrey. I'll be posting all the documents I have, mostly copies of the school magazine, newspaper articles plus WW2 records of the old boys. It's purpose is to provide information to anyone who's just generally interested in the school or carrying out research.
If anyone has any further information they would like posted on the blog please contact me on clivetemple@mac.com 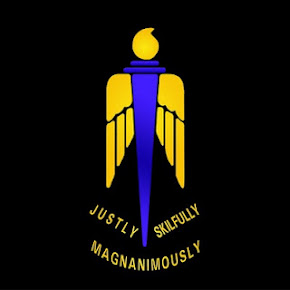 Labels (note only first 20 names tagged on each blog due to Blogger restrictions).